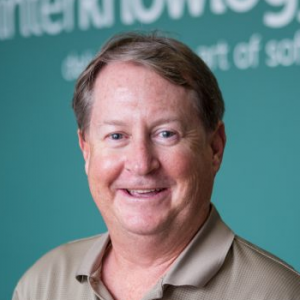 Executive Chairman and Founder of InterKnowlogy

Tim Huckaby is an industry luminary focused on AI, Computer Vision, Machine Learning, AR/MR, & Emerging User Experiences. Mr. Huckaby has over 35 years of technology experience including serving on a server product team as a development lead on an architecture team at Microsoft. Mr. Huckaby worked on some famous and not so famous Microsoft Server products in the late nineties. Mr. Huckaby is a Microsoft Global RD, a Microsoft MVP and serves on many councils and boards like the Microsoft Application Development Partner Advisory Council. Mr. Huckaby has been awarded many times for the highest rated technical & industry presentations and keynotes for Microsoft and many other vertical & technology conferences like CES and events all around the world. Mr. Huckaby is consistently rated in the top 10% of all speakers at these events.

Having worked for or with Microsoft for over 25 years, Mr. Huckaby has been on stage with, and done numerous keynote demos for many Microsoft executives including Bill Gates and Steve Ballmer. Mr. Huckaby has been published thousands of times including authoring 3 books and hundreds of magazine articles. Mr. Huckaby works directly with the Technology Press on messaging and industry comprehension. Mr. Huckaby’s expertise encompasses Emerging Experiences as AI, Computer Vision, Machine Learning, Touch, Gesture, Voice Recognition, AR&VR, Holographic, Neural, Demographic, Emotional, & Facial Recognition and other futuristic interfaces as applied by a number of compelling software technologies on many hardware platforms on a broad spectrum of devices. Mr. Huckaby was deemed a “Pioneer of the Smart Client Revolution” by the press. Mr. Huckaby’s uncanny prediction of locally installed, native application dominance (ie: Apps) in spite of a web application popularity became true. This prediction of “The Smart Client Revolution” was the predecessor to the app store phenomena we see today where applications are downloaded from an application store and installed natively on the device as contrasted to using web applications in a browser.